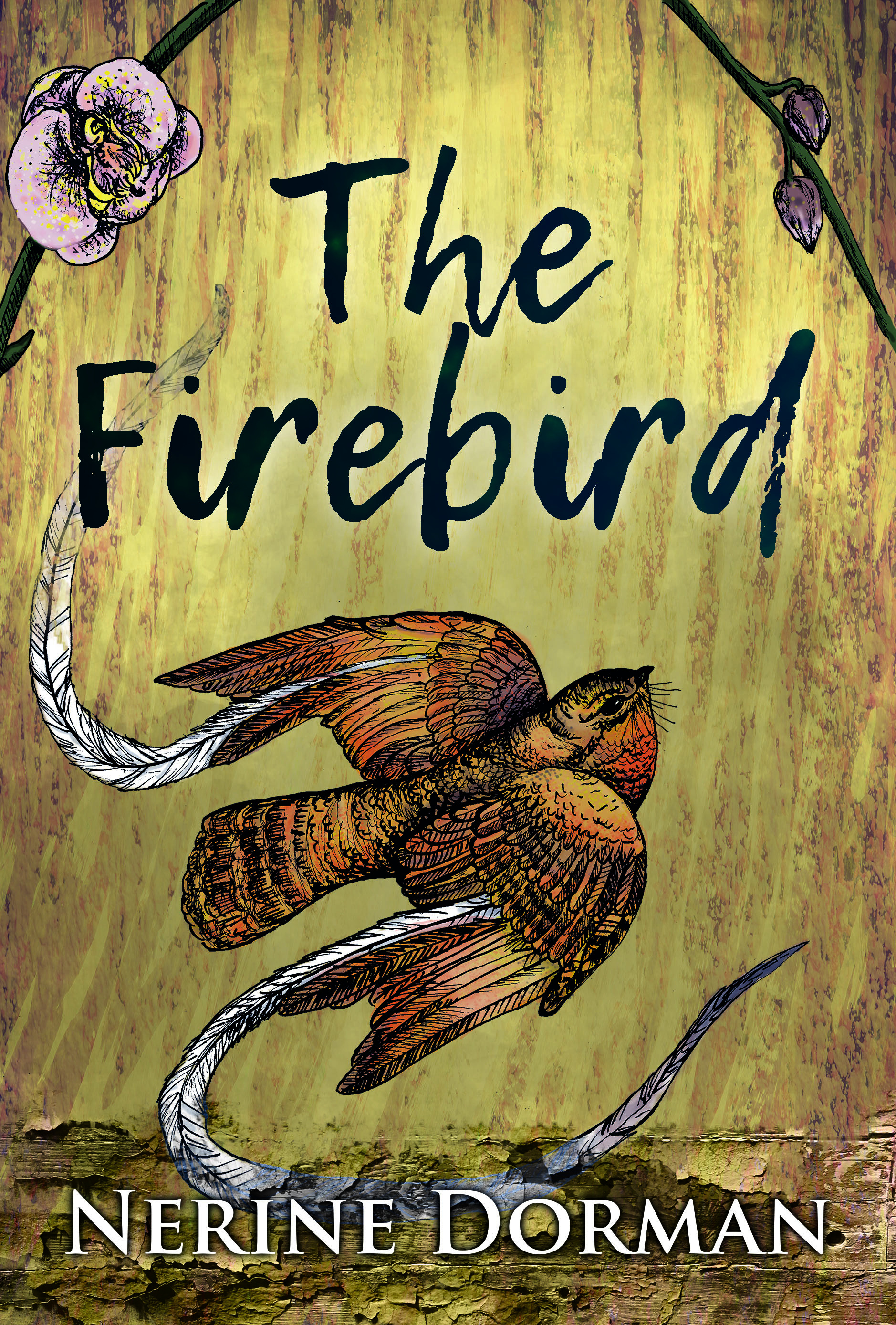 Full disclosure: Nerine Dorman is my editor. This is the first work of hers I read, and I read it out of my own volition. I was in no way involved in the writing or editing of this novella.

A different kind of fantasy

Fantasy can come in many forms. The best-known kind of fantasy involves a princess aptly locked up in a tower, a dragon, and a prince in shining armor rushing to save her. It’s European fantasy alright, and its popularity comes from the dissemination European (and later on, American) culture have experienced throughout the world. This resulted in pretty much everyone knowing stories like these, while very few people could name you Egyptian or Japanese ones.

This phenomenon has in occasion happened to the detriment of the aboriginal tribes of said countries. For example, while the US is the main market for English Fantasy, relatively few people in the country – and even fewer outside – know anything of American aboriginal folklore outside of people running around a bonfire wearing feather hats. Even in a culturally relevant powerhouse like the US, only a small niche of fantasy thrives, and said niche is based more than heavily on stories coming from Europe.

In The Firebird, Dorman crafts a fantasy world that isn’t about dragons or princesses or evil witches. A fantasy world where winter isn’t a permanent fixture, and where a romp through the woods isn’t part of the storyline. This story is set in a tropical island, with very few of the usual tropes or markings of fantasy. It works fine, and the story feels decidedly different from the more widespread style of medieval fantasy – yet at times, I couldn’t help but wonder if wearing the alternate setting on its sleeve, as the novella does, was at all necessary.

A dark setting for a dark story

The thing is, this is dark fantasy. Very dark fantasy, even. The setting doesn’t have princesses and dragons, but the storyline itself wouldn’t have allowed for them even if Dorman had decided a dragon was somewhat necessary. (Side note: I believe a dragon is always necessary, and I consider the lack of dragons in this novella its main flaw.) And the real gem in The Firebird, beyond its setting, is its characters and the morally ambiguous positions the protagonist repeatedly finds herself in along with its very obvious criticism towards religiously-minded societies and theocracies.

Focusing on the plot, I can say The Firebird is about as character-driven as fantasy can get. Instead of a heroin tasked with saving the world from evil (ie, the oldest trope in the fantasy book,) Dorman casts her protagonist out of a cultist. Lada is a member of an organization (the Order of the Fennarin) whose main task is to root out other cults from the land; cults that are said to invoke demons and have them possess their own. The only problem with Lada’s position is, her brother is basically at the top spot at the Fennarin equivalent of the FBI most wanted list. And, as far as she’s concerned, nobody knows of this at all – until she herself manages to capture him, almost by accident. Oops.

Yes, I make it sound funny, because I’m a comedy writer and laugh at everything in existence, but in truth, there’s very little to laugh at in The Firebird. More often than not, the protagonist is afraid for her life or her brother’s, and the overall setting is so oppressive Dorman keeps the reader expecting her to get found out and properly dealt with at any moment. This is so tense a novel that I can’t recall a single comic relief moment, although then again it didn’t need one: the darkness in some stories shouldn’t be diluted with humor.

Heavy, but not too much

Speaking of darkness, the bleak and tense setting is only enhanced by Dorman’s writing. Far from the YA-friendly fare I generally read, The Firebird feels like Dorman took a much longer novel and condensed it to less than a hundred pages. Every phrase comes loaded with information, every word is as necessary as the ones before and after it, and allowing yourself to drift off for just a moment will inevitably force you to re-read whatever paragraph you were in. In that sense, The Firebird is not an easy book to read, as it demands your attention just as it demands that you carefully read every single word. No flying through pages or skimming through paragraphs allowed: The writing here is so dense you either make an effort to swim or you sink and drown.

That’s not to say the book is particularly difficult to read, curiously. While I’ve likened the experience of reading The Firebird with getting repeatedly bludgeoned by a book (not with a book, but by a book,) every single word here feels necessary. Never during the seventy-odd pages of this novella did I feel like any exposition was there as filler, and while most of the text comes from Lada’s internal monologue, at no point does it get monotonous or digress. The Firebird might be dense and heavy, but overwritten it isn’t – giving Dorman a clear edge over certain other fantasy authors known for writing two-thousand-page door-stoppers with at best five-hundred pages of actual plot.

All in all, I found The Firebird to be a satisfying, quick (if not easy) read. While the ambiance of the novella is overall gloomy, its themes and low word count allow it to shine just as well, if not better, than lighter and longer works. This is a dense book, but one that never gets boring and provides just enough food for thought to remain in your mind after you’re done with it. And even with its density, in truth it rarely gets more difficult than your average epic fantasy book.

If you’re looking for a somewhat different, decidedly dark fantasy story and don’t mind having to work a bit for the payout, The Firebird is quite likely the correct book for you.