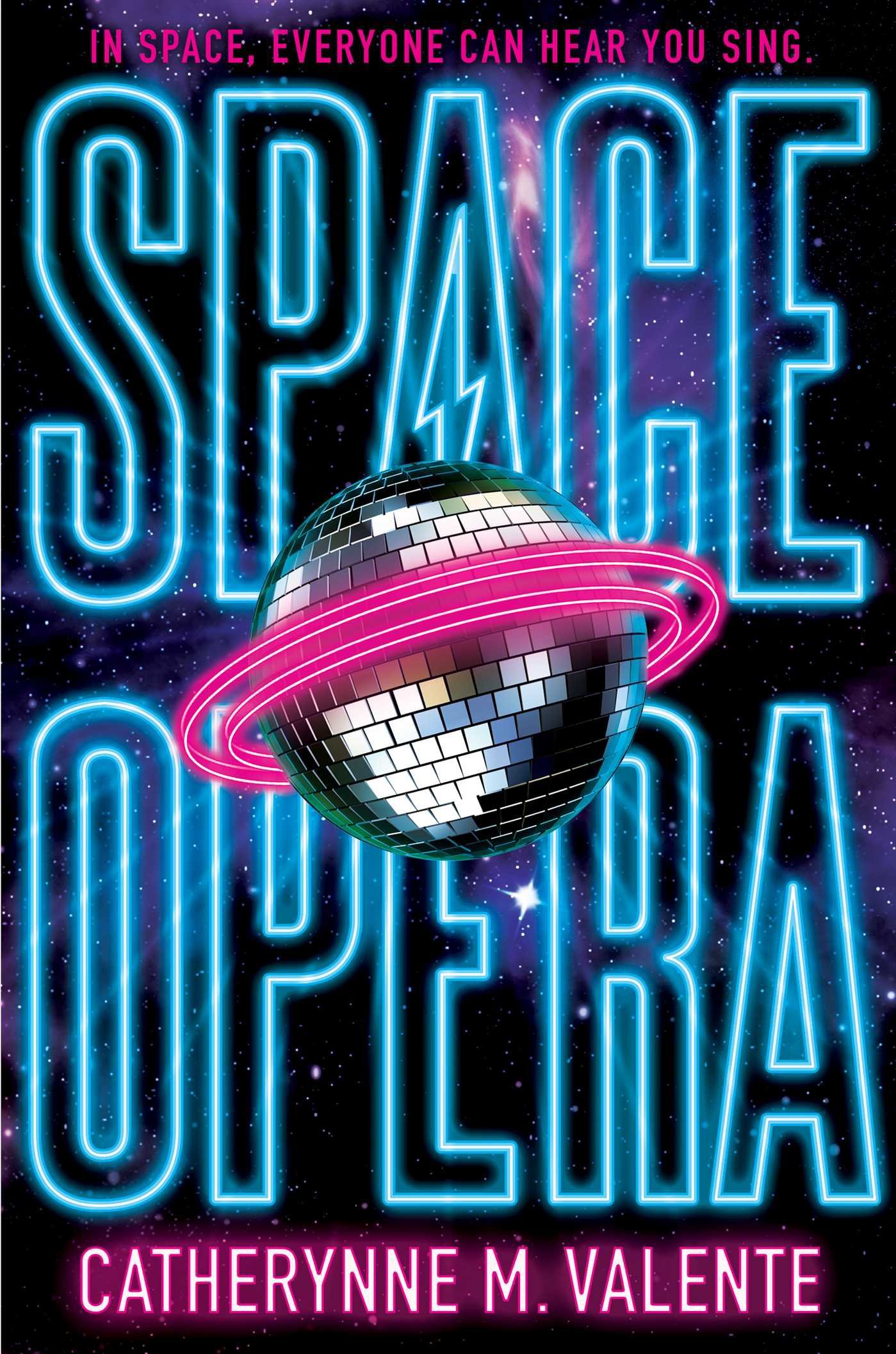 This teaching is often useful with books, as many authors are prone to overwriting and delivering far more information on their stories than any reader could ever find necessary. Sadly, this is a pitfall that Space Opera falls square into, and perhaps the main reason that keeps it from being a great or excellent novel for, sadly, Space Opera is just a decent one.

It didn’t have to be this way. There’s no denying that Catherynne M. Valente is a terrific writer with a gift for words. But when you could turn a 300-page novel into a 100-page novella by simply removing all the padding and the endless digressions the text falls into, perhaps a better approach to telling the story was required. Or perhaps, as we writers often find it difficult to find out what’s wrong with our own novels, Valente simply needs a new editor.

In the end figuring out the root of the problem becomes unimportant, as it’s its results readers will have to deal with: Space Opera is a funny novel with a very interesting idea and poor execution, the resulting novel being about three times too long, with endless expository paragraphs or scenes, so many digressions you’ll wonder where the plot is, and a love for purple prose so obvious you’ll wonder if perhaps some parts of the manuscript were written by a computer tasked with simply tying adjectives one after the other over and over again.

Yes, this novel can be funny. Hilarious at times.

… But there’s only so many adjective-filled ten-line, one-sentence paragraphs a reader can take before the whole thing grows monotonous. Yes, using many adjectives together can be funny… the first couple times you do it. Trying to extend such a joke through three-hundred pages will make it grow old, quickly. Yes, there’s a storyline there, a somewhat interesting one even – but you’ll struggle to find it among the endless amount of digression the text falls prey to, and even once you do you might find out there’s not much of a payoff to it. And yes, Valente crafted a beautiful universe as her skills at worldcrafting are unrivaled – but then she showed it to us via endless exposition, and that honestly gets boring.

In the end all I can say is that Space Opera is a decent novel that could have been great had it been edited more thoroughly, its text heavily condensed, and perhaps the endless amounts of overwritten, lazy, adjective-filled, difficult to understand purple prose that reminds one of swimming in the dense seas of Knort during a particularly hot summer where so much of the water evaporated the whole thing became more of a sludge as the minerals-to-liquid ratio leaned so heavily towards the former the scale simply broke.

See that overtly-long, single-sentence, digression-ridden paragraph up there? There are hundreds of those in this book. If you loved it, and think you could stand reading it hundreds of times and still find it funny, this is probably the book for you. Otherwise, I’d recommend you go with Douglas Adams, whose inspiration this novel wears on its sleeve. For you see, this isn’t an easy book to read and I’m one who believes comedy (and this is comedy, as it lacks the social commentary needed to grow into satire) can be many things, but difficult to read isn’t one of them.