Book Review: The Sea of Trolls, by Nancy Farmer 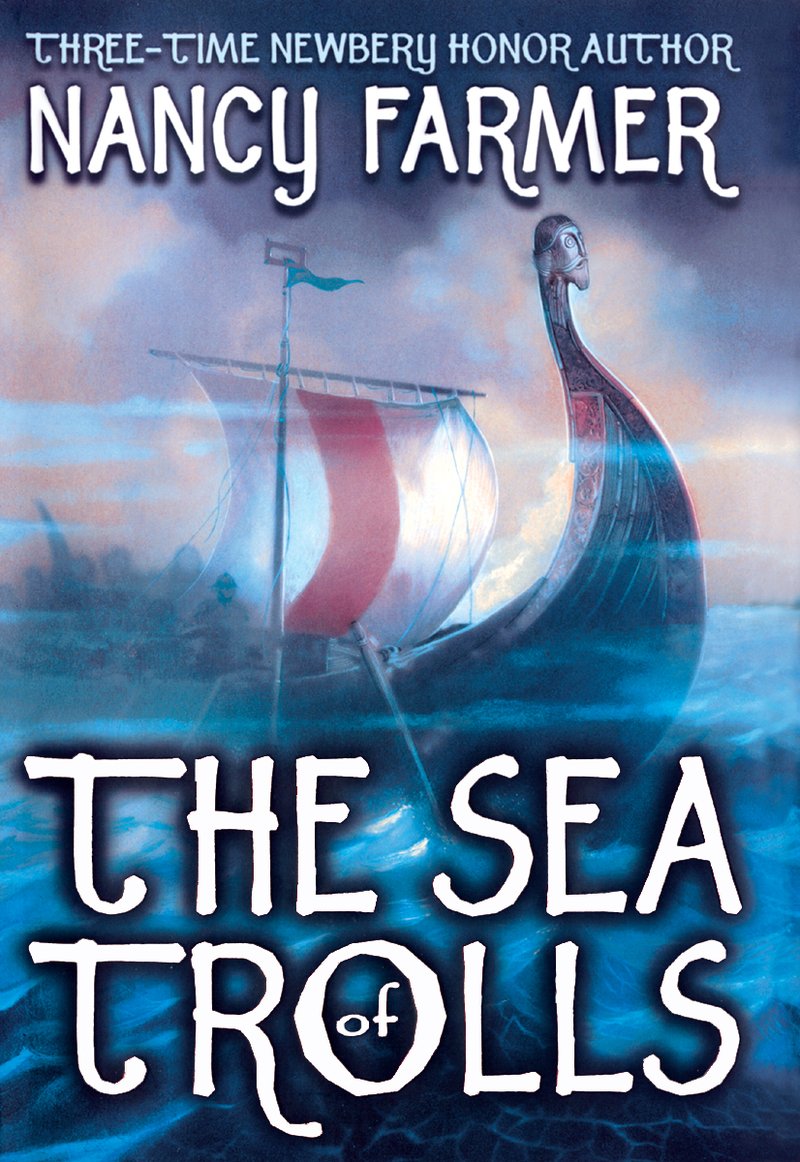 A return to the sea…

I first read this novel back in 2007, and I absolutely loved it back then. For years I meant to read it again, and only this week I managed to open a space on my reading schedule to go back to this beautiful, thrilling story once more.

What I found there this time is every bit as good, if not even better, than how I saw it a decade ago.

The Sea of Trolls is, in its heart, a children’s tale, if an overtly long one. The storyline itself is quite simple, describing a quest of sorts a boy has to undertake to free his sister and go back home; the writing style is simple and easy to follow, choosing expository text over dialogue in most occasions; the situations are rarely ever too complex; and the cast of characters is small and easy to recognize. On top of this the novel wears its teachings on its sleeve, doing little or nothing to hide its message about seeing the good in people who might at first sight seem evil or different, making it an ideal read for both children and adults who somehow still haven’t got the message that those who are different aren’t necessarily evil.

That’s not to say this novel can’t be enjoyed by adults, however. At about 500 pages, The Sea of Trolls is, in fact, a tour de force for any child and an accomplishment even for many adults. The storyline, while simple, remains thrilling and enthralling thanks to its heavy roots in Nordic mythology, and the outcome, while a bit predictable for more experienced readers, is every bit as enjoyable for an adult as it would be for a child.

And the very small downside…

The book does have a few shortcomings – namely there is a certain degree of head-hopping and some of the dialogues are a bit simplistic, or unrealistic considering the characters (for example, a six-year-old openly stating she’s living in a make-believe world of her own because she can’t deal with reality), at times even feeling overtly expository, but overall the flaws are small. And while some of those flaws might turn away more snobbish readers (who probably wouldn’t want to read a children’s novel to begin with,) the truth is the beauty of the story and its enthralling setting more than make up for them.