Book Review: Stranger in a Strange Land, by Robert A. Heinlein 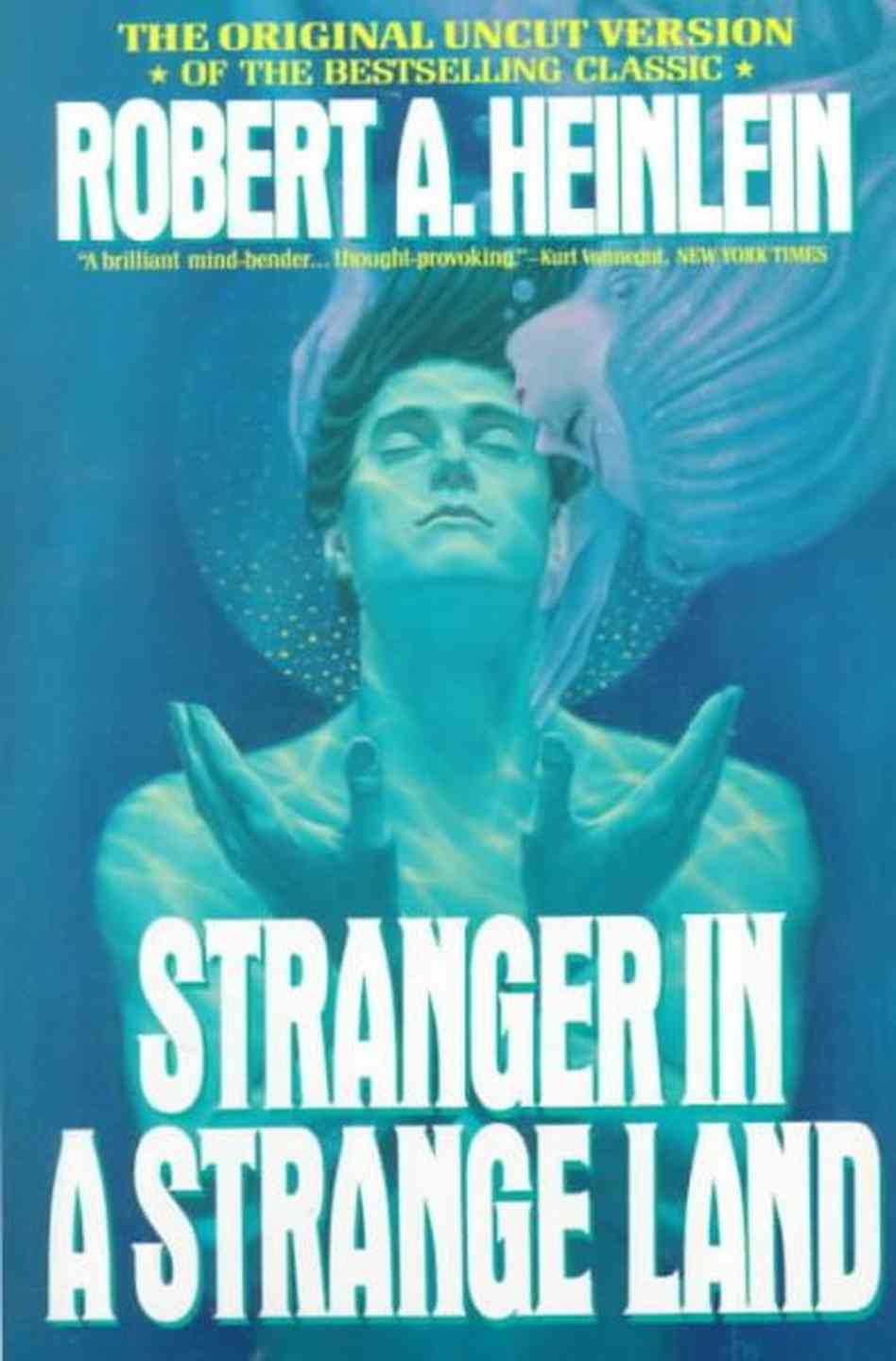 I grabbed Heinlein’s Stranger in a Strange Land with such a preconception, and why not? The book is mostly lauded – although perhaps not so much, if we judge by its Goodreads page, – won a Hugo award, and appears in about every list of important Science-fiction novels.

So I’ll admit that, as I started reading this, I had expectations to enjoy it and love it as much as I loved Clarke’s The City and the Stars several years ago.

Then the whole thing fell apart.

It didn’t happen immediately. The initial premise of the novel, that of a man raised in Mars visiting Earth for the first time and dealing with culture shock, is not good – it’s great. And it carried most of the novel, as the beginning consists in precisely trying to understand this strange man and the way he sees the world, while wondering how all the issues – mostly of political and economic natures, but with governments involved – around him might be sorted.

This makes for an entertaining, if slow read. The book starts full of intrigue precisely because of the existence of a very innocent man who’s the heir of untold riches hat he can’t even comprehend, for in his culture such things don’t even exist. Yes, the book isn’t written in a particularly engaging way, but then again this was published in 1961. Writing and publishing paradigms have changed a bit since and, to be honest, the first half of the book or so manages to remain engaging even with its slowness.

In fact, the first half or so of the book explores very interesting subjects around culture shock, adaptation, politics, and, occasionally, religion.

Then the main issue the protagonists have been dealing with – that of the Man of Mars being recognized as a person, and his money respected by the world governments along with his claim to being the owner of mars – is resolved in a single conversation.

Then the whole thing falls apart, for real.

I don’t know why the latter third or so of the book even exists. For while the first half to two-thirds of the novel manage to weave an intriguing plot on adaptation, once the main goal is accomplished far too soon the novel finds itself rather… plotless. Of sudden, being free, the Man from Mars decides to travel and we, the poor readers, are treated to two-hundred-page-long recount of this man’s travels and adventures where very little of actual interest happens.

But more than that, it feels as if the novel tries to become a social/religious satire during this part, and fails miserably at it. What used to be an interesting narrative gets replaced by long, tedious, almost endless expository sentences and dialogue about the “Church of All Worlds,” a cult the protagonist starts with the aim of teaching people in Earth about his Martian beliefs, which are shown in the earlier part of the novel to be the source of his powers.

Now, I tend to try and judge works based on their era. After all, there are works both in literature and cinema we still study and hail these days not despite their themes being racist or sexist, but because of them. We use them as windows to bygone eras, where society thought and managed itself differently. We use them to try and perhaps understand a bit better the ideals of the era. And in a way there’s some of it in Heinlein’s novel – the sexual liberalism around the church is, after all, a bit close to what the Hippie movement would at times push a decade later, in the seventies.

But beyond this little thing, there isn’t really much in the novel that could work as such a window – after all, this tale takes place in the future. The social mores of the 1960s just aren’t there anymore, and there’s little to be gained from reading this beyond a (rather charming) view at how the future was thought of back in the day. Other than that, there’s little, or nothing, of historical value in this novel.

And then, on top of that, there are several more than just a little offensive attitudes to women, sex, and sexuality here. Including an occasion where – and I quote – a female character says:

“Nine times out of ten, if a girl gets raped, it’s partly her fault.”

I understand this was a common position back in the day, and even today, you can find many an idiot saying that. Still, I can’t bring myself to give this book a pass on such a gross demonstration of sexism, particularly since it isn’t even trying to give us an accurate portrayal of the society of its time.

By the way, this book also has plenty of eroticism (always from a male point of view, with the idea of “sharing women” more than hinted at,) paper-thin female characters, homophobia, and pontificating. Did I mention an old man also gets raped by a female, but it’s seen as good because it helps them connect? Yeah, that’s an actual plot point here.

So it’s not like at least you get entertained from all the wrong, disrespectful opinions this book throws at you. Nope.

Just skip this book. Some classics deserve to be cherished, others should be forgotten about. This drivel falls squarely on the latter heap. Go read C. Clarke (did I mention The City and the Stars is a masterpiece?), Sagan, Herbert, or Card if you’re looking for classical science-fiction. This one just skip.