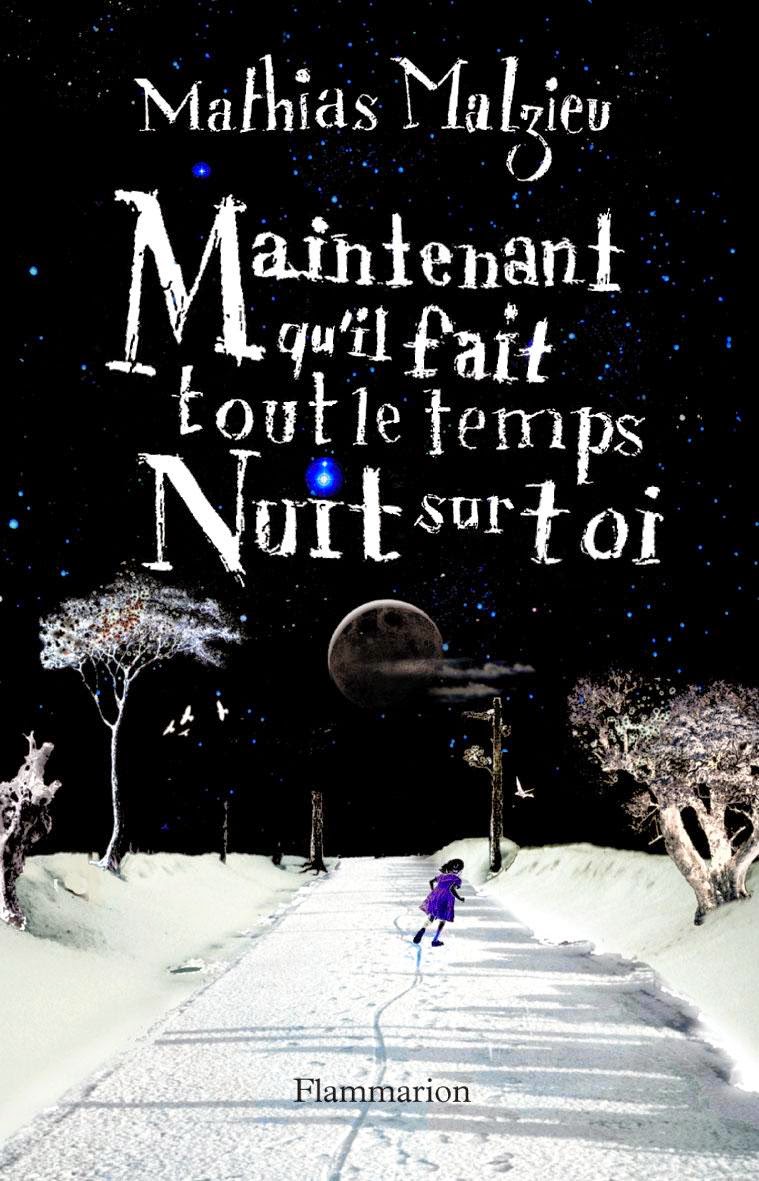 A different kind of book.

I picked up this book a few years ago while traveling through france, specifically in a small library in Paris that I shall remember if only because it’s one of the few times during that trip I felt somebody (in this case the bookseller, of all people) was being straight up rude against me. It took me a while to get to it, because I have a tendency to buy books and never read them.

This is a dark book. It deals mostly with loss and the darkness that befalls a person when losing a loved one – in this case Mathias, who has just lost his mother. It’s pretty much a very fantastic chronicle of how he finds acceptance, in this case thanks to the help of a giant called Jack, who teaches him how to manipulate his own shadow, eventually leading him to the world of the dead.

There I just resumed the whole storyline in but two phrases. It is enjoyable, but that’s about all I can say about the story here. It’s a short read, yet awfully little happens throughout and very few of these things have an effect on the storyline itself. Of the hundred-and-fifty-plus pages of the book, perhaps a third contained actual storyline – and even then, some parts of it just didn’t feel too important.

I really feel this book was somehow miscategorized. The back of the book blurb compares Malzieu with Carroll and Burton, but in all honesty, this book had none of the whimsy that characterizes them. It was a dark tale, so perhaps that would count as a comparison to Burton but then again if I were looking for a literary equivalent of Burton, I’d go with Gaiman, not Malzieu. Once again, Burton is full of whimsy even at his darkest. Malzieu is not. Whoever decided a direct comparison to Carroll and Burton on the back of the book was a good idea was definitely not the author’s friend.

So, what makes this stand out?

There is one thing that saved this book and allowed me to enjoy it even when little happened in many of its pages: The oneiric quality of the prose. While Malzieu never quite manages to lift the story itself to make it interesting or enthralling (well, he sort of manages it near the end, for about five pages and then the book ends,) the prose is just beautiful. The sort-of rhythmical, at times poetic way in which the Mathias’ feelings over his mother’s death and dealing with grief is described was, for me, what made this book. It’s difficult to find prose like this in most languages, as most authors with these sensibilities would outright write poetry or go all out with literary fiction.

Thus, Maintenant Qu’il Fait Tout Le Temps Nuit Sur Toi is a bit of an achievement, if perhaps not for the correct reason: The prose is beautiful, and I’m sure people who like their narrative loaded with poetic descriptions will feel right at home here. I myself loved every description, every word spent telling us how Mathias saw the world, every image painted in my head through the usage of words. Malzieu is clearly a man in love with his own prose and his skills for it, although luckily for him he never veers into straight-up overwriting.

But just as I liked this book, I know others might not like it. Even with that, I’m still conflicted about the book as a whole. I feel the images it puts in your head are worth it, but the storyline not so much, as little happens, there are few characters (only two, really,) no character development and no twists whatsoever.

It’s still a decent read, as you could find much worse, and since it is short, you might be able to read it during a rainy afternoon. It’s also, of course, quite good if you’re trying to practice your French skills.