Book Review: The House of Hades, by Rick Riordan 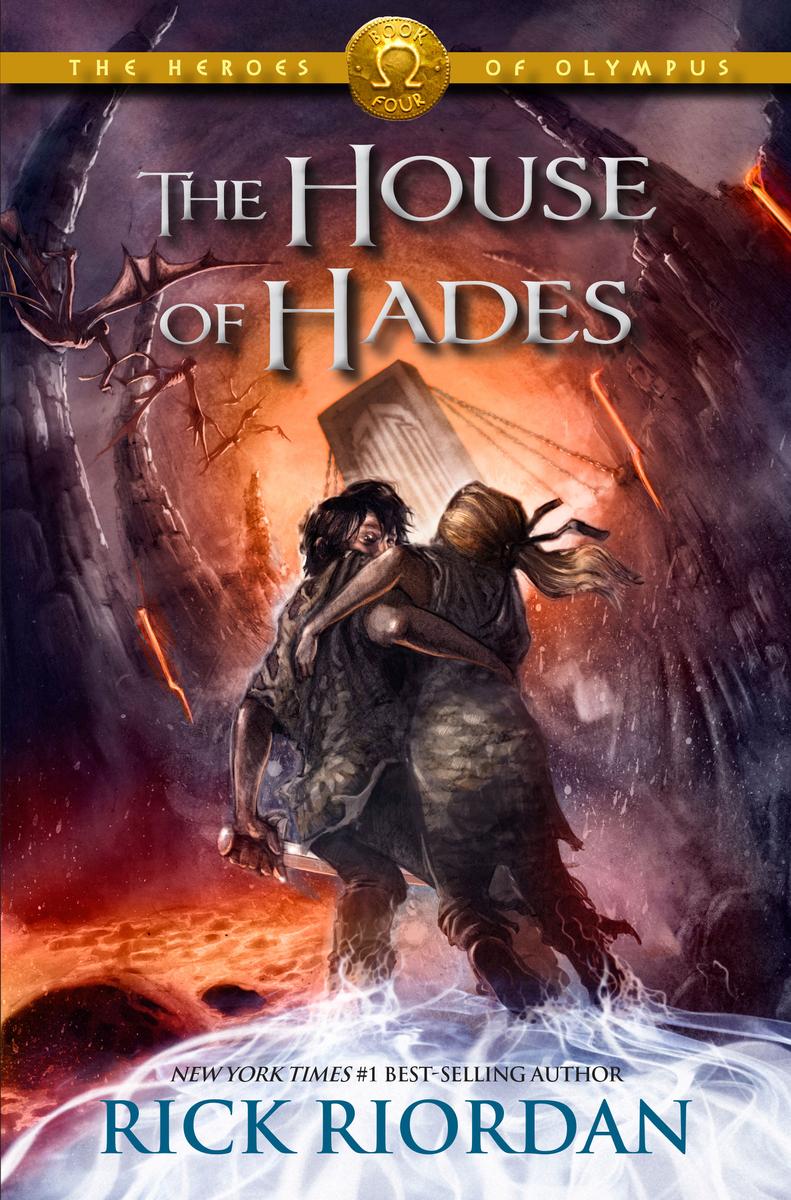 It just keeps getting better

And that’s something I’m very happy about. As I’ve said before, the first two books in the Heroes of Olympus saga were rather… wanting. While the original Percy Jackson and the Olympians was a very interesting chronicle of how our dear Percy managed to get everyone to hate him in record time, the overall mood for these books was too serious, too dense, and the books themselves a bit stuffed up with unnecessary or uninteresting things.

It got better by the third book. Some characters (Hodge) got a lot less annoying and a lot funnier, while others managed to quite bloom once the full group was assembled and an actual goal appeared. While this still isn’t the original series, lacking a lot of the funny parts and all of the semi-episodic structure of the first, it felt right.

Onto the house of Hades

The Mark of Athena ended on a cliffhanger of sorts. The group of seven (but actually eight) demigods of the prophecy spoke split up as Percy and Annabeth fell into Tartarus, now tasked with closing the doors of death for good before every single monster that ever existed decided perhaps the world of the living was a better place to spend their time on.

Naturally, The House of Hades starts right after that, dealing with the instant fallout and the new task to help Percy and Annabeth close the doors of death. In fact, readers here get little more than what was promised: The House of Hades has notoriously fewer detours than the previous books. Here most scenes seemed necessary to the plot, and the writing overall felt a lot tighter. Perhaps the three previous installments were just Riordan setting the table for this, who knows. I just know I hadn’t liked a book of his so much in a while, though the wait was worth it.

However, there’s one detail I must mention: What I liked the most about this book was…

It’s time to develop those characters…

The extended ensemble didn’t work too well in previous books, partly because of the constant POV changes (of which I as a writer am very much guilty of, oops,) but also because we didn’t seem to have time to get to know anyone too well. Mark of Athena started fixing this, and with The House of Hades the ragtag band of misfits this book calls its protagonists starts feeling like home. Even with a split up group, diving in and out of each character’s head is effortless, as we finally know enough of them to know what to expect whenever we enter their heads.

This does a lot for the book. I’ve never thought of Riordan as much of an action-oriented writer, and I’m glad to see a book that doesn’t at all depend on those. Unlike previous entries, this one depends almost entirely on character development. There are but a handful of battles in its five-hundred-plus pages, and most of them are very short. This is a character-driven book through and through.

Now that the gates are dealt with…

Luckily, we don’t get a cliffhanger this time around. While the story is still ongoing so, of course, there are questions unanswered and things left hanging, nobody is in imminent danger. Riordan might have decided to not say he’s sorry over Mark of Athena’s ending (he even states he’s not sorry about it on the dedication,) but clearly he’s not repeating himself. That’s good, in a way – Mark of Athena and The Housel of Hades felt like two halves of the same book, while The Blood of Olympus is gearing up to be a grand finale for the series.

All I can hope now is that Riordan keeps using his characters rather than random situations to advance the plot, because sure as hell there’s a lot to answer and a lot of further character development I’m hoping to see.

Also, Nico. If Nico doesn’t appear in the last book and deals with his, ahem, issues, I’ll organize a book burning. Just having him appear on the final chapter with Percy but with no payoff was enough for me to consider Riordan a terrorist. If he pulls another one like this, I’ll ask the FBI to add him to their most-wanted list.