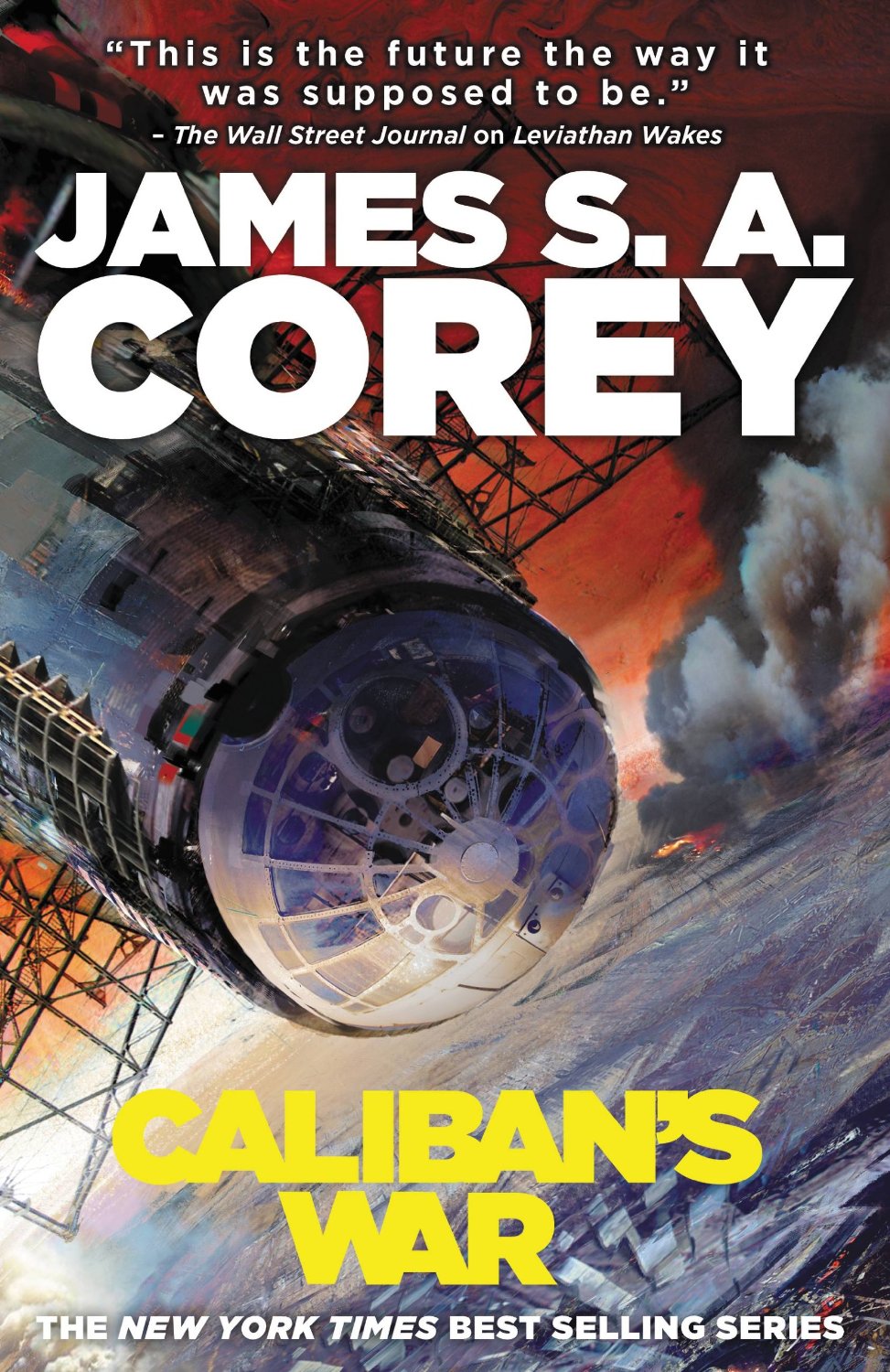 I came back to The Expanse faster than I originally expected. Thing is, I really enjoyed Leviathan Wakes, so from the moment I finished reading it I felt curious about how the story would go ahead – particularly now that a certain annoying, limerence-stricken main character was dead for good.

To be honest, the trip wasn’t much better this time around. It wasn’t bad either; there were just several things about the book – and the way it’s written – that felt strange.

Let’s start with the storyline: it feels a bit like a rehash of Leviathan Wakes. Once again, a girl is lost and it falls to our protagonist – this time Holden, since Miller is too busy being dead to aid – to find her. Another war (or actually, the same war as before) is threatening with starting, and there’s suspicion that the protomolecule, which we last saw being catapulted into Venus, might not be dead.

The same, yet different…

There are a few new things this time, some of which actually help the storyline. Three characters join the main cast: a scientist, a soldier, and diplomat, and they mostly help the story move along while more political undertones to it – as one of the characters is actually a higher-up in the UN government. However, just as they can aid it at times they seem to drag it down, particularly the scientist: While the storyline begins centered around him, as it’s his daughter that’s lost, his POV scenes quickly grow annoying, as most of what he does is brood over his lost daughter. It’s perfectly understandable that a character would react that way – but putting it on writing can really drag a storyline. Just as well, while the writing never gets too boring or falls into overwriting, at times the pacing gets just a little too slow, making a few scenes in the book rather difficult to read.

That’s not to say the book is at all bad, or boring. It just has a few parts that slump and, even when the storyline feels like a repeat, it has its moments. Particularly one of the new characters – Avasarala, the UN diplomat – adds a much-needed political layer to the storyline. Her scenes are some of the best ones in the book as they’re never bogged down by technobabble or extreme descriptions of how things work: She’s a diplomat, she knows how to work with people and little else. She has no time to waste thinking on how machines work, which means her scenes and POV are 100% about people, what they’re doing, and what they should be doing.

A diplomatic grandmother, a Martian giant, and a Belter botanist walk into a bar…

Curiously, that turned her, for me, into the most relatable character in the book. Yes, an Indian grandmother in her seventies was the character I liked the best here, and why not? Sometimes the POV of the other characters got too marred by descriptions I found impossible to understand or just downright boring, but this never happened with this granny. She’s playing a political game, moving her pieces as she sees fit and trying to keep control of everything the best she can. Her storyline is the easiest to understand of the lot, and her personality – that of somebody who really doesn’t care about being liked, and at times prefers to not be liked at all – one of the best developed ones. I’d read a novel with her as the protagonist.

The other new character (Bobbie, a Martian soldier), also brings her lot to the storyline: She’s the one the war starts around, thus creating a trifecta between a UN diplomat, a belter group, and a Martian soldier trying to save the universe. Unlike Avasarala, Bobbie is used to action. She doesn’t have time for endless babbling or the slow, mostly reactive game politics are, yet unlike Holden she has just enough respect for the establishment to not go guns blazing, shooting first and asking later. She’s quite likeable, actually, particularly considering her position – which I won’t write about because spoilers 😉

All in all, Caliban’s War is an interesting book. I wouldn’t call it a sci-fi must-read, because to be honest it dragged on a bit and the storyline wasn’t all that different from the first book. I started reading expecting to know what had happened with the protomolecule, and while I did get some of it, I feel it was a bit of a letdown, although reading the setup for Abbadon’s Gate it looks like said protomolecule might at last stop being the local baddie and start becoming something else.

In the end, if you enjoyed Leviathan Wakes, you’ll enjoy Caliban’s War. If you didn’t you won’t like this one. If you can explain to me what the titles of these books mean, please do let me know. For I have absolutely no clue what Leviathan Wakes or Caliban’s War refer to. Who the hell is Caliban even?

EDIT: By the way, did I mention that I love just how diverse the cast in this book is? There’s pretty much people of every race in it, doing actual important things to the point where the white/straight/male combination feels like a minority. Kudos to the authors for that.