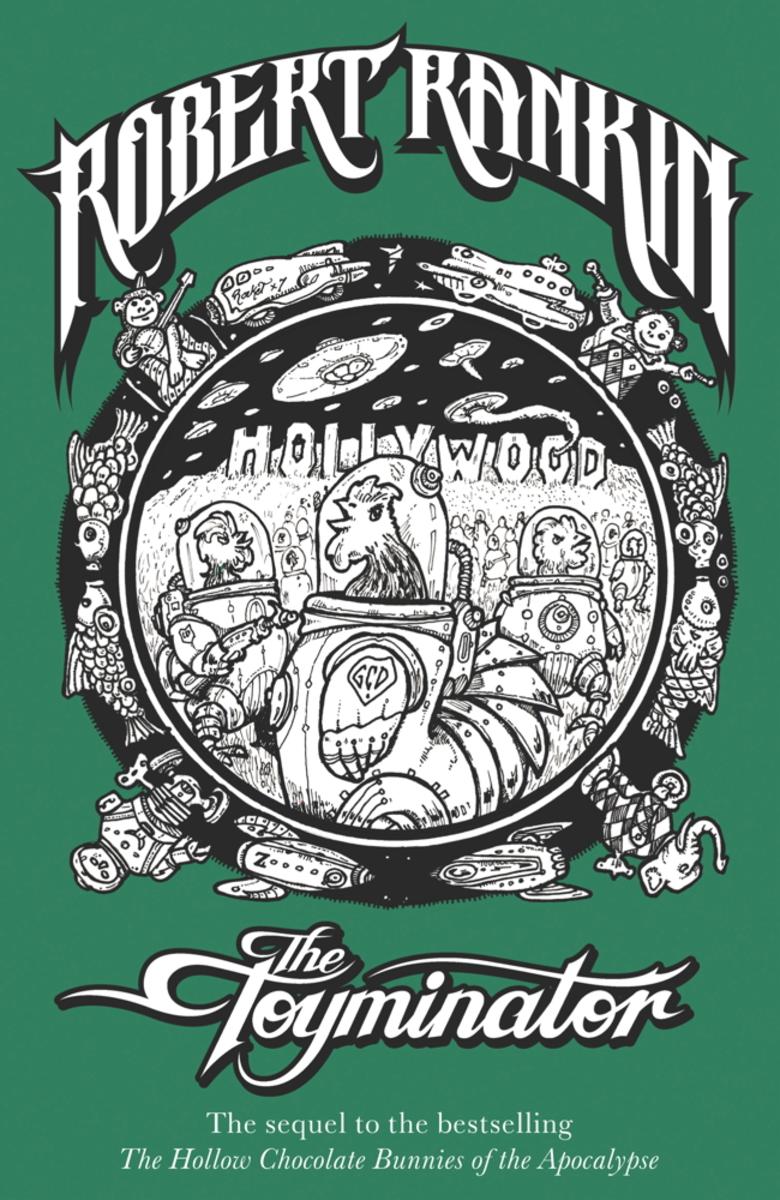 Toytown was a fun place.

I’ll open my review of this book by stating a bit of a fact: I really liked The Hollow Chocolate Bunnies of the Apocalypse. I liked it enough that I went and got a physical copy of the book to give to a friend, who also really liked it. It was funny, light-hearted, inventive, and completely absurd. It was great.

I also didn’t quite like The Toyminator or, at least I didn’t like it nearly as much as HCB.

Where HCB thrives on its absurdity while building a whole world out of it, The Toyminator attempts to go bigger by weaving a parody of Hollywood blockbusters into itself, all the way to lavish scenes and slow-motion car chases.

Then it crashes and burns, as often happens in such chases.

That’s not to say the book is inherently bad. There’s plenty to laugh at here, and the storyline is interesting when it isn’t too busy praising itself – there’s a good idea here, but a rather poor execution where it feels as if Rankin fell a little too much in love with his concept. As a result, we are given a few overwritten scenes, nonsensical jokes and recurring gags that far overstay their welcome while sometimes not even being that funny to begin with. And these things, as one would expect, negatively affect the book.

Still, when the book isn’t too busy being in love with its own premise it mostly works: There’s an interesting mystery here, Toytown is still a funny place, characters are still colorful, and plenty of situations are hilarious – even when the humor at times veers too close to potty humor for my taste.

So, all in all, this is a book that could have worked a lot better than it did. Had it not spent far too long in overwritten descriptions and had the action scenes been shorter and to the point, this would have been a much tighter read. I understand Rankin was going for the cinematic, but so many cinema clichés one after the other get really tiresome really fast. Also…

This book would have been better hadn’t the ending been pretty much a deus-ex-machina.

Perhaps calling it a deus-ex-machina is too much, but the fact is that the plot is resolved very quickly in but a handful of pages by explaining a bunch of things that happened behind the scenes. Several of which a reader couldn’t have seen coming. It feels a bit as if Rankin got tired of the book and decided to wrap it up quickly, to its own detriment. This turns the last couple chapters into an overtly long, uninteresting chase followed by a very short conversation in a bar where a bunch of things are explained. The end.

To close this review, I don’t think The Toyminator is inherently bad. I laughed at it quite a bit, and the plot can at times draw you in. The problem is, it does so only at times. Because at times the plot also slows down to a crawl, and at times nonsensical stuff happens. And at times the humor seems to pander to the lowest common denominator.

At times. This book is at times good, at times not so good. It’s never flat-out terrible, but if it’s humor you’re looking for, there’s much better out there.