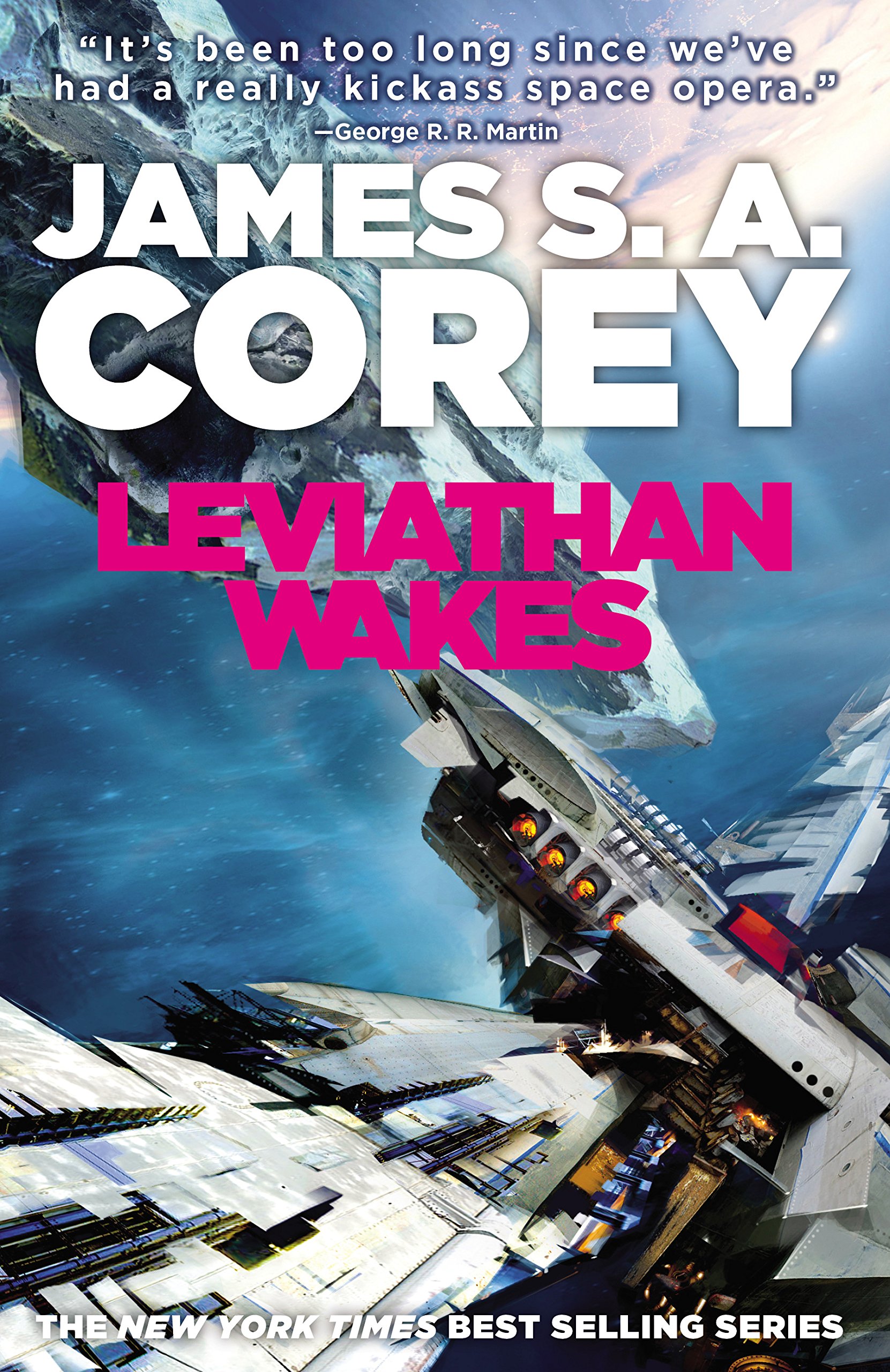 I’m usually cautious when it comes to sci-fi. I’ve never had a bad experience with it – in fact, one of my favorite novels (The City and the Stars by Arthur C. Clarke) belongs square to that genre. However, I’m always afraid I’ll one day grab a sci-fi book and find instead of a novel a manual on how a warp drive spaceship is supposed to work. You all know the type: Sci-fi so hard the story becomes accessory to the author’s ideas for future technology.

Luckily, Leviathan Wakes (which I had on my to-read list since 2012 or so) isn’t one of those books. In fact, there’s little in the way of technical explanations here, the authors instead giving us an adventure through this future view of the solar system from the point of view of two opposite, yet quite alike characters. Rather than focusing on action, Leviathan Wakes meddles more on what makes each character tick, to the point of having one of them develop an unhealthy, borderline absurd and potentially dangerous obsession with a woman he’s never met.

Well, it would be dangerous weren’t the woman dead, I guess. What I mean here is, this is very much a space opera. It has actions scenes, but those are few (thankfully, as I tend to get lost and lose interest during those) and in most cases short enough and to the point. Leviathan Wakes is, instead, a mystery novel loaded with adventure and political intricacies, where the plot twists in ways so unexpected I found myself changing the sub-genre of the book constantly as I read through it.

I’m finally done and I can’t say much more about this book’s genre other than sci-fi and space opera, because honestly there’s quite a mishmash of usually separate genres here. The good news is: It works well. The characters are nothing to call home about, some of the choices they make can seem absurd, and at times it’s difficult to tell both main characters apart, but despite this the authors weave a story that holds your interest all the way through (even through every.single.genre.twist.) In the end, Leviathan Wakes is a book that, while hardly a life-changer, is very much worth a read.