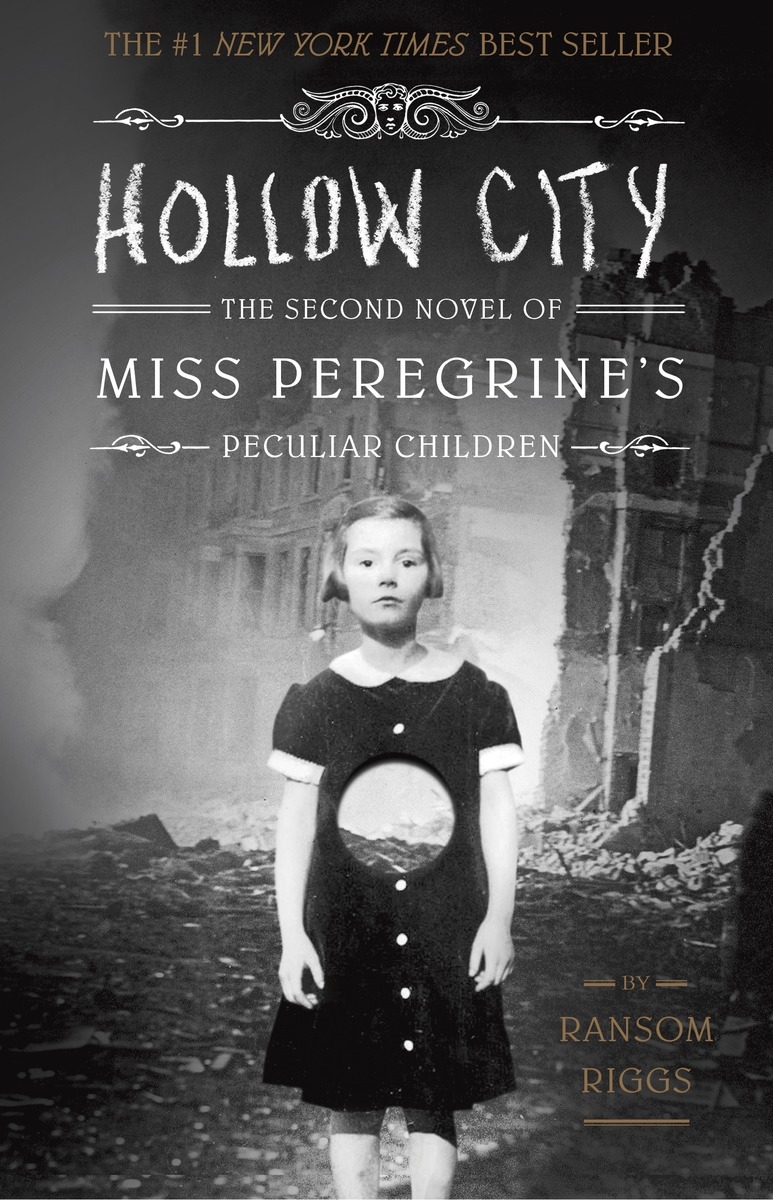 I loved the first book in this series. It was one of those rare occasions where a book is so well written and plotted the pages fly by on their own, where I feel like spending every spare minute I have reading simply because I can’t stop wondering what happens next.

It took me a couple of years to grab its sequel, even when I bought it right after I was done with the first book. Call it series fatigue; I just hate reading too many books in a series one after the other. I tend to wait, and sometimes this means I can’t remember what the storyline was about when I go back to a series.

This didn’t happen with the Peculiar Children series, luckily for me. Perhaps it was the rather… peculiar ending to the first book, or perhaps the absolutely mauled ending the film got, but three pages in it was as if I had never left the world of Miss Peregrine. Hollow City picks up right where the first book ended, which means our children are stuck at sea with a wounded Miss Peregrine, trying to reach the mainland while chased by hollows, wights, and the odd pink fanged elephant.

Right, one of them does not feature in this book. Let’s see if you can guess which one.

We pick up right where we left.

Either way, not only does Hollow City pick up right where Peculiar Children ended; it also feels like the same book. The writing is every bit as charming, the characters every bit as lovable, and the world every bit as peculiar as the first. In a way, it feels like coming home, as if I was re-reading the first book but with a different story – a story that, sadly, wasn’t as good as it could have been.

Now, I read this book in but a couple of days, so that doesn’t mean it is bad at all. In fact, perhaps the speed at which I read it – and how I’d sneak a chapter whenever I could, even when those chapters are long – is proof of how well-written it is. But the truth is, as I turned the four-hundredth page and reached the end of the story, I couldn’t help but wonder what exactly had taken so many pages.

Yet it still feels rather… hollow.

While Hollow City remains interesting, it’s difficult to consider most of it instrumental to the main plot – that is, unless there’s something in Library of Souls that somehow requires every single Hollow City plot point. I’ll go ahead and mention how unlikely that is. The thing is, Hollow City feels like a series of things happening that, while they lead the children towards their goal and explain many things about the peculiarverse, never quite feel necessary. One could easily swap most of these situations for entirely different ones and the book would still make sense, for only in two occasions (three if you count the ending) do things happen that actually have an effect in the characters or their plight.

Still I’ll repeat my conclusion: This is an excellent book. That I read it in a couple of days even when it’s mostly filled with situations that end up being unimportant is a testament to how well written and entertaining it is. It is flawed, but captivating, and it never gets boring, so perhaps Riggs’s goal was indeed met. I just can’t help but wish the book had been meatier, and its storyline felt more consequential.

I guess I can only hope Library of Souls delivers on this when I finally get to read it.