Book review: The Mark of Athena, by Rick Riordan 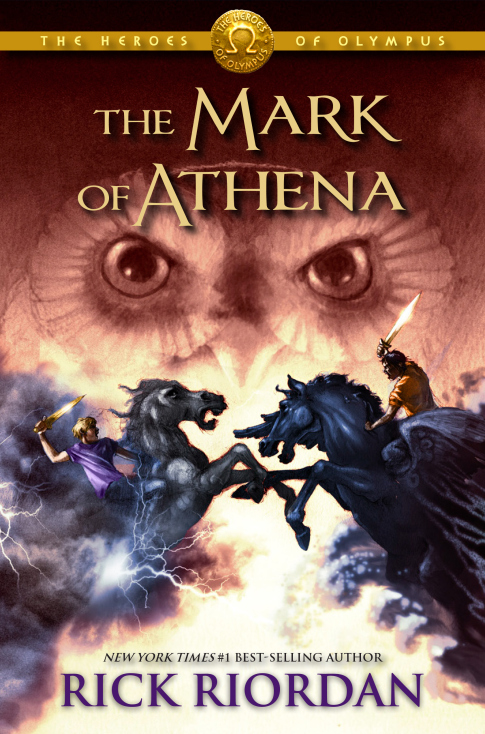 I have a bit of a love/hate relationship with this series.

I’ll start by making one thing clear: I loved the original Percy Jackson series, Percy Jackson & the Olympians. I found those books to be creative, inherently funny (as Percy couldn’t keep himself from getting about every single person around him to hate him,) and very light reads.

And it’s not like the books in The Heroes of Olympus so far aren’t creative or funny or interesting. But the thing is, they’re no longer short — and I feel that has somewhat hurt them, since storylines drag more to the point where they don’t quite feel like light reads anymore. I read through The Titan’s Curse in a single afternoon — granted, I had nothing to do on that afternoon, but still — while the fastest I could read one of the Heroes of Olympus books so far is almost a fortnight.

Now, other than the books being perhaps longer than I enjoyed (this, I understand, thanks to the more epic nature of the story this time around,) the core of the series is still there, particularly on this installment. The Lost Hero and The Son of Neptune felt notably different from the earlier books in the saga, particularly Lost Hero with its almost entirely new cast and in-media-res beginning. In The Mark of Athena, we finally see the cast of both books get together, and with it the storyline starts feeling more cohesive. On top of that, having Percy finally meet with some of his friends gives us back some of the funny banter that makes these series regularly funny that was somewhat missing in the previous two installments — a huge improvement, considering it’s humor what has always kept these books from feeling too gloomy.

Now, despite the flaws in this series when compared to Olympians, it is actually getting good. It’s coming together nicely, and that’s something I can more than appreciate even when I wish the books were just a bit shorter. While this wasn’t for me as outstanding as for others, it is so far the best in the series. This is in part thanks to unifying the massive, diverse cast Riordan built over the last two books. Percy Jackson books just don’t work too well when Percy is nowhere to be found (as happened in Lost Hero,) or when Percy is completely detached from everything he knows (as in Son of Neptune,) which makes the return to form in this book feels somewhat refreshing, and a homecoming of sorts.

Perhaps, with the story coming together under The Mark of Athena, this series will be worth it after all.